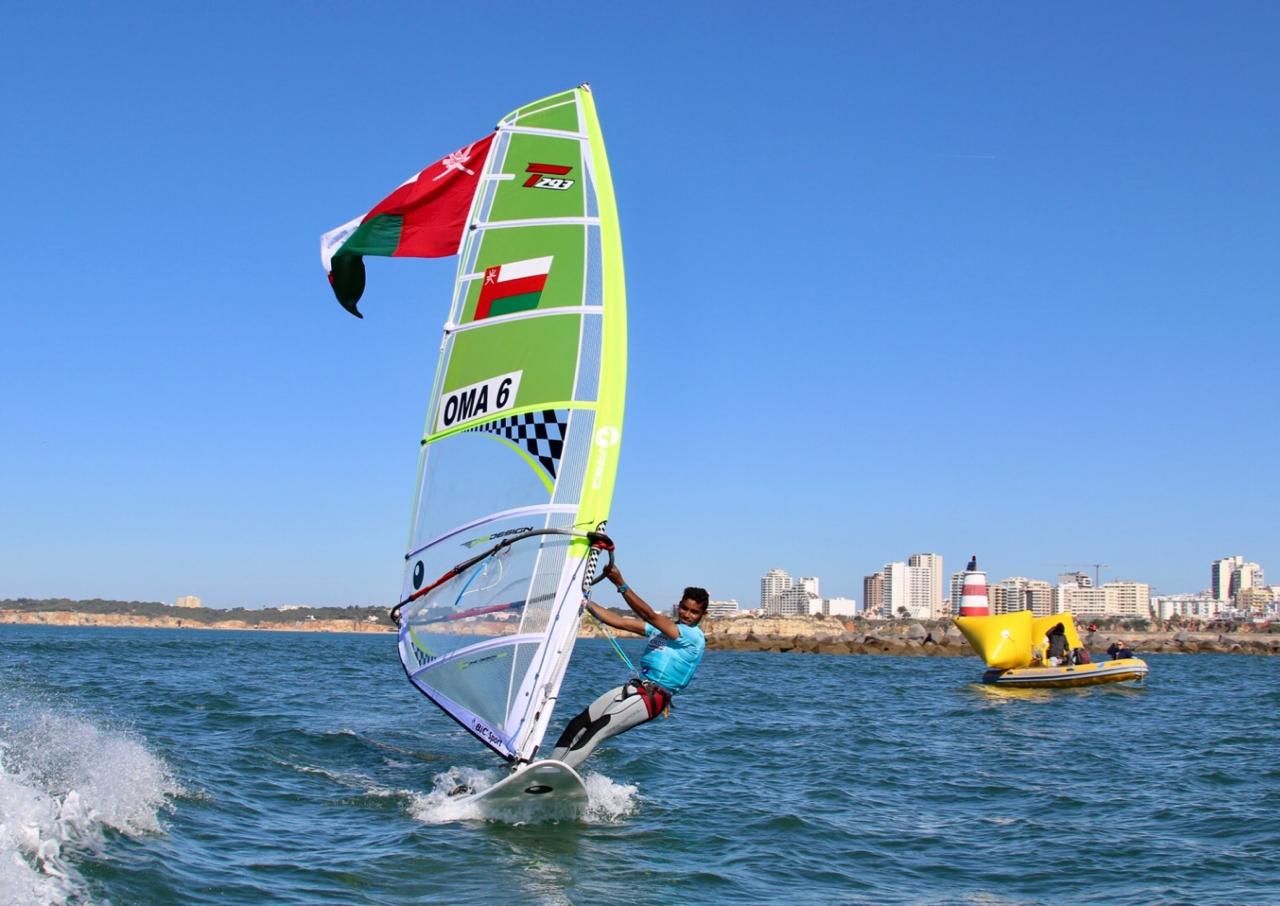 Oman has won its first ever windsurfing silver medal at a week-long world championship event in Portugal. Abdul Majeed Al Hadhrami earned second place in the 2019 Techno293 Plus World Championship men’s open category after a string of consistent results at the regatta on the coast of western Algarve. He finished seventh overall in the 28-strong international fleet which also included youth sailors. Al Hadhrami’s performance included a string of top-10 finishes in the 15-race event, and he only finished behind Japan’s Kei Miura in the open class.

He was coached by Oman Sail’s Sultan Al Balushi, National Youth Windsurf Coach, who will continue to oversee his continued development on his performance pathway training programme. “It has been good to see that all of Abdul’s hard work has resulted in this well-deserved world championship medal,” said Al Balushi.

Oman Sail windsurfing programme started in 2014 with an aim to build strong young Omanis who can represent the country internationally. The performance of the windsurfers progressed over the years to a level that enabled them to take part and compete against the best at a series of European and world youth events.