where can you enjoy stargazing in Oman 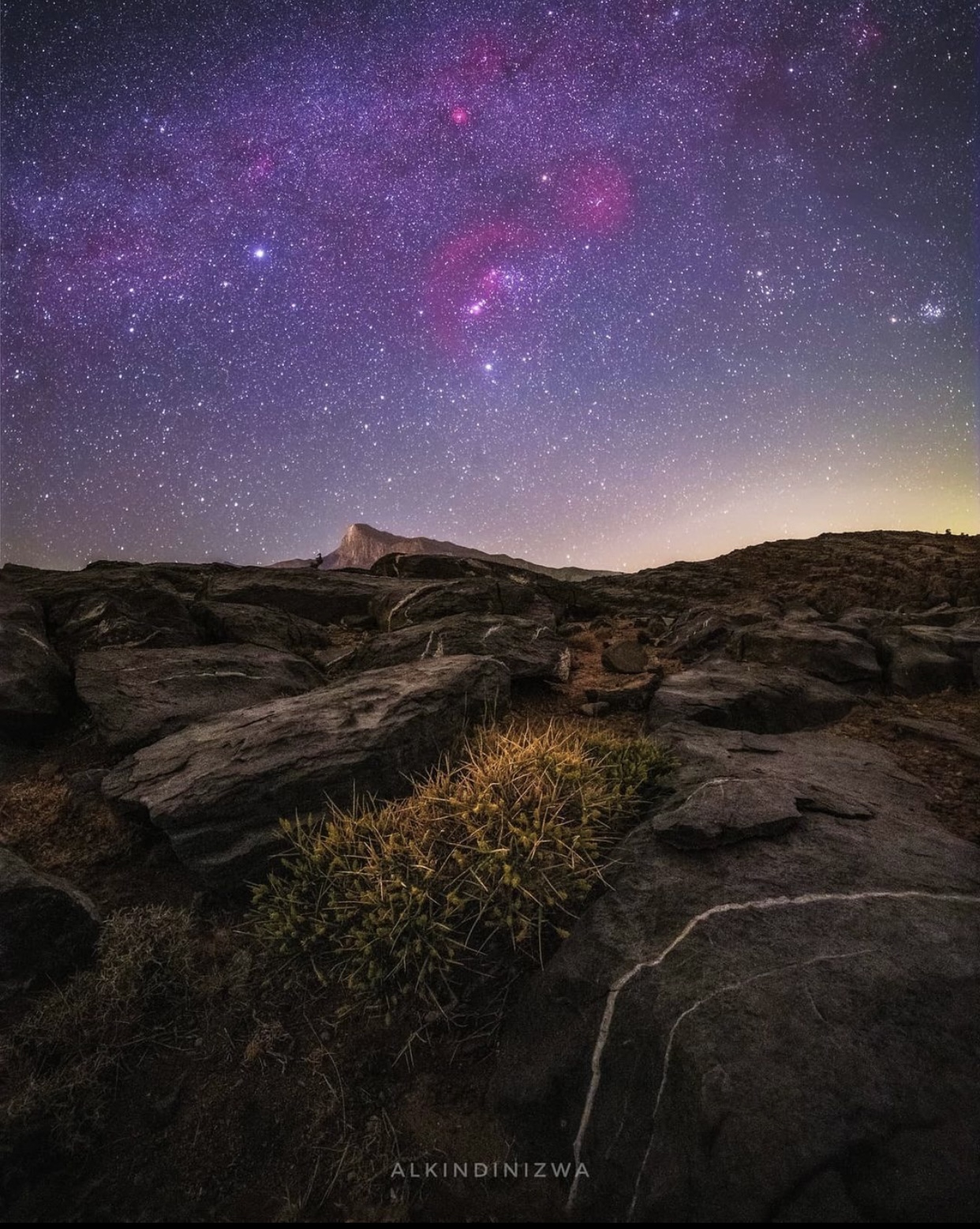 The space have always been the source of human imagination glow, the planets and stars were the reason behind many myths transmitted by people, and it has formed the source of the abundant science of astronomy. The secret of living a different and magical experience in star observation is choosing a location that does not have any lights, which means that the deserts and mountains in the Sultanate are among the best places to practice this hobby. So where can you enjoy stargazing?

- Bidiyah: The desert is one of the best places for stargazing, as it is far from the lights and the city noise. It has a dry atmosphere, dump weather prevents clear vision. You can see the Milky Way galaxy and huge numbers of stars sprawling across the sky with the naked eye. if you use telescopes and have a suitable star and map app, you will be able to see Mars too. It is advisable for you to accompany a tour guide when penetrating into the dark side of the desert, as he will guide you to the appropriate locations where the sky shines with its bright stars without being distorted by the shine of the light from the earth lights.

- Jebel Shams: The mountains take you to an exceptional stargazing experience from high altitudes, which enables you to enjoy a free of fog atmosphere that prevents a clear and pure view of the stars. Jabal Shams is the most prominent example of mountainous regions adapted for stargazers, and is even used as a site for viewing the crescent. It also includes an astronomical observatory and is used to announce many official holidays, events and different events according to the sighting of the crescent and other astrological signs.

- Jabal Al Akhdar : One of the most important reasons that makes Jabal Al Akhdar a suitable location for space observation is the cold weather in the summer, where the temperatures during this season are kind of cold unlike the plains below. Also, there is no difficulty to reach places that are exposed in front of the space in where the stars shine. If you want to watch the stars on this mountain, make sure that you point the telescope away from the direction of Al Hamra village, in order to avoid any extraneous lights.