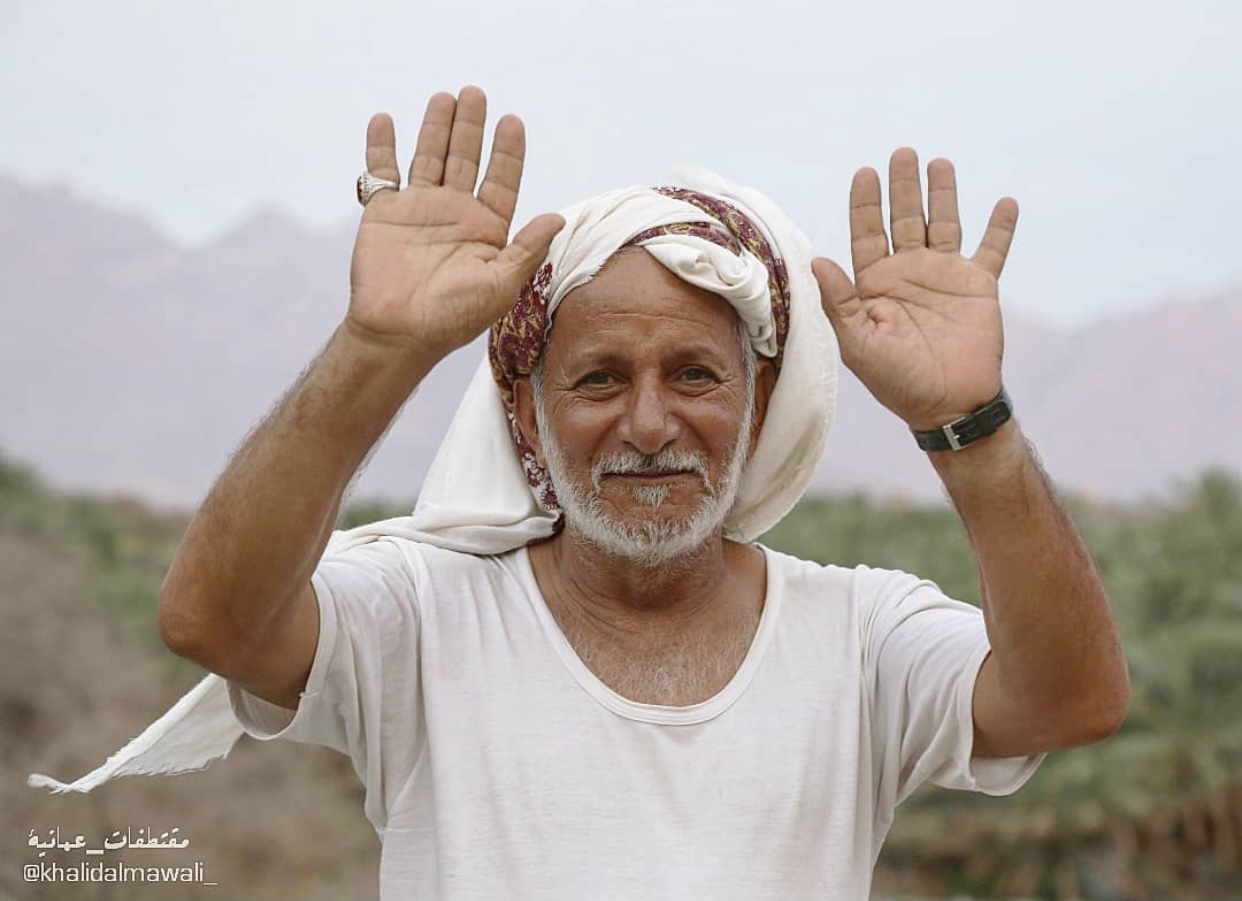 Saeed bin Abdullah Al-Hashami grew up in Wadi Mastal’s villages in the State of Wadi Al-Ma’awil. He spent his early life in the village of Baadia which lies between the majestic mountains, then he moved between the villages and decided to moved out of the village he grew up in; “to make a living between several villages close by and finally I settled in Al-Ghabara in Wadi Mastel.”

“When I was young, used to graze sheep with my father, may God rest his soul in peace, we lived under the blessings of the bounties of nature, where mountainous fruits and plants grew known as Satters, Bots (berries).

Saeed traveled to Bahrain in the aim to earn a better income and worked for several years like many Omanis before 1970s, then he returned to Oman during the reign of the late His Majesty Sultan Qaboos, May God rest his soul in peace.

“I continued my journey and worked for several entities in The Sultanate. Currently, I’m a retired man spending quality time with my family,

My passion for work didn’t stop there; as I continued to spend my time in the farm enjoy planting and harvesting fresh dates, garlic, lemons, other fruits and plants.

I take life persistently, with great sense of diligence and optimistic attitude; I hope that my love for life will be a catalyst for everyone around me.