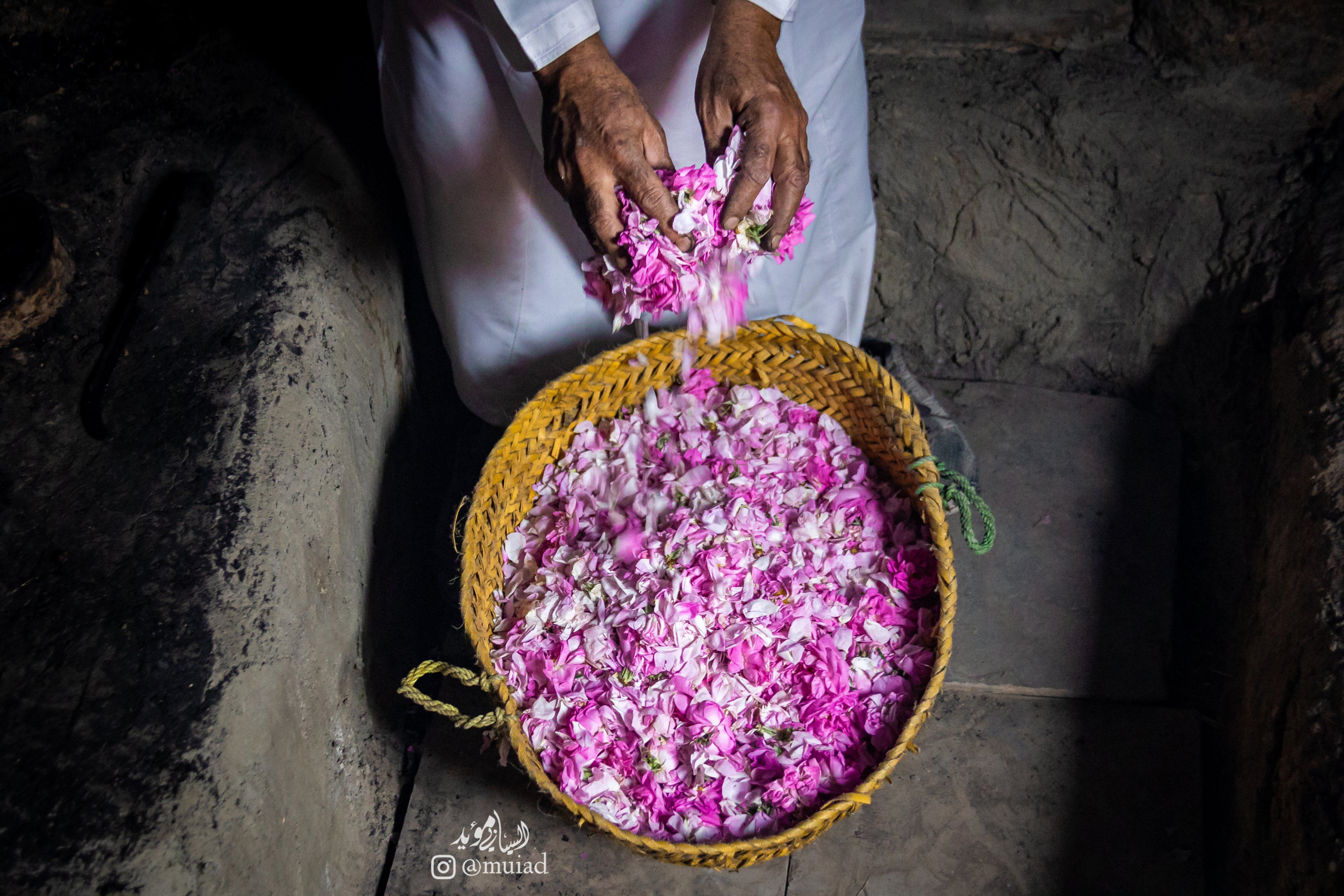 The rose season begins at the end of March every year and reaches its peak in March, April and ends in early May. Salem bin Rashid al-Toubi, Director of the Agriculture Department in Jabal al-Akhdar, mentioned that the rose trees where mountain rose water is extracted is estimated to be approximately 5,000 trees, with a total area of 7 acres, and an estimated production volume of 4000 liters per acre, which is about 28 thousand liters for the total area cultivated with rose trees. The economic return from one feddan reaches 40,000 Omani Rials, so 7 acres will be around 280,000 Omani Rials per season. Al-Toby added that the ministry had previously distributed machines for extracting rose water alternative to firewood that is used to kindle a fire, and it also provides programs which are concerned with the process of pruning, fertilizing the Omani rose tree, and it is presented guidance recommendations regarding agricultural transactions related to farms mountain rose. 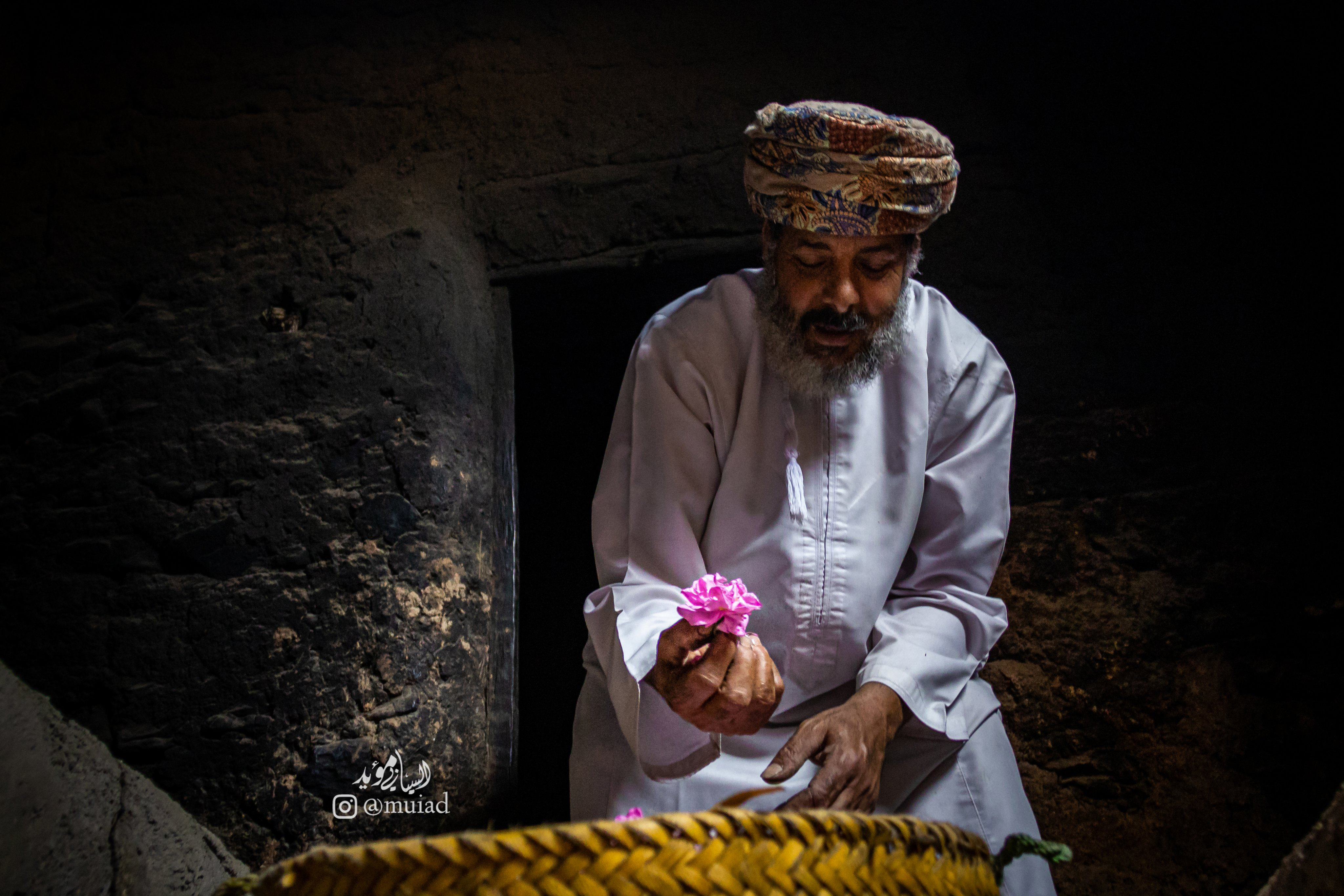 Rose water manufacturing is a traditional craft that has been attached to the people of Al-Jabal Al-Akhdar for hundreds of years, as the green mountain rose water has become known for its quality and accuracy manufactured by following the traditional method considered by practitioners of this profession, which is the secret behind the quality and massiveness of this product. With the beginning of the flowering process, people tend to pick the roses early in the morning, sometimes in the evening, the whole family cooperates in the process of picking roses from (Al-Bustan) the garden. It is a wonderful cooperative process throughout the roses season. After the completion of picking the roses, the distillation process is carried out in private factories, designed by farmers so that fires are lit inside the factory by remote control to continue the process. The collected rose water is left for a period ranging from one month to forty days until the impurities precipitate, then it is usually stored in a clay pot (Al-Kharas) and stays in it for three months, and the rose water at the end turns red. Later, they pack the product into 750ml glass bottles and it is marketed in the local markets, with a value ranging between 8 to 10 riyals Omani for a bottle, and some bottles of less than 500ml have a value of 5 Omani riyals. Rose water is currently distilled using modern methods through the plant distillation center aromatic Al-Jabal Al-Akhdar affiliated to the Public Authority for Craft Industries. 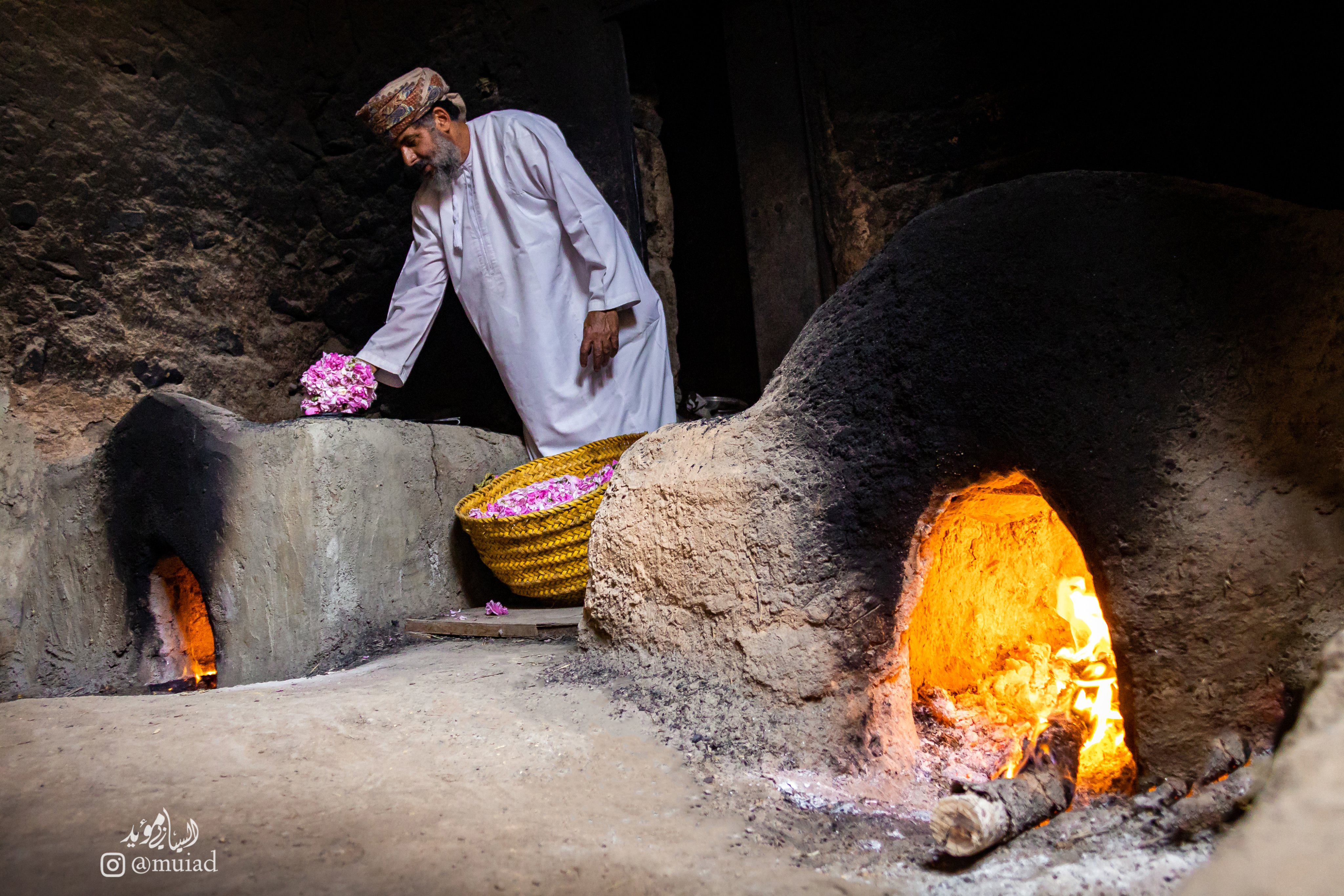