In Yeti, the beautiful beaches of Oman Al Sabqi Riding School offer a beautiful experience of riding horses at sunrise or sunset times. Omanspire has interviewed the owner of the equestrian school project in Yeti Hilal bin Muhammad bin Khamis Al-Sabqi who is 35 years old and holds a bachelor’s degree in Law which is somewhat far from the horse-riding sport.

Al-Sabqi mentioned that his passion for horses began at a young age, but he could own horses at that time. Still, when he grew up, he met people who owned horse stables and then acquired his horses in the last 5 years as a start, and the sport of horse riding was considered an outlet for him after a hard day's work. 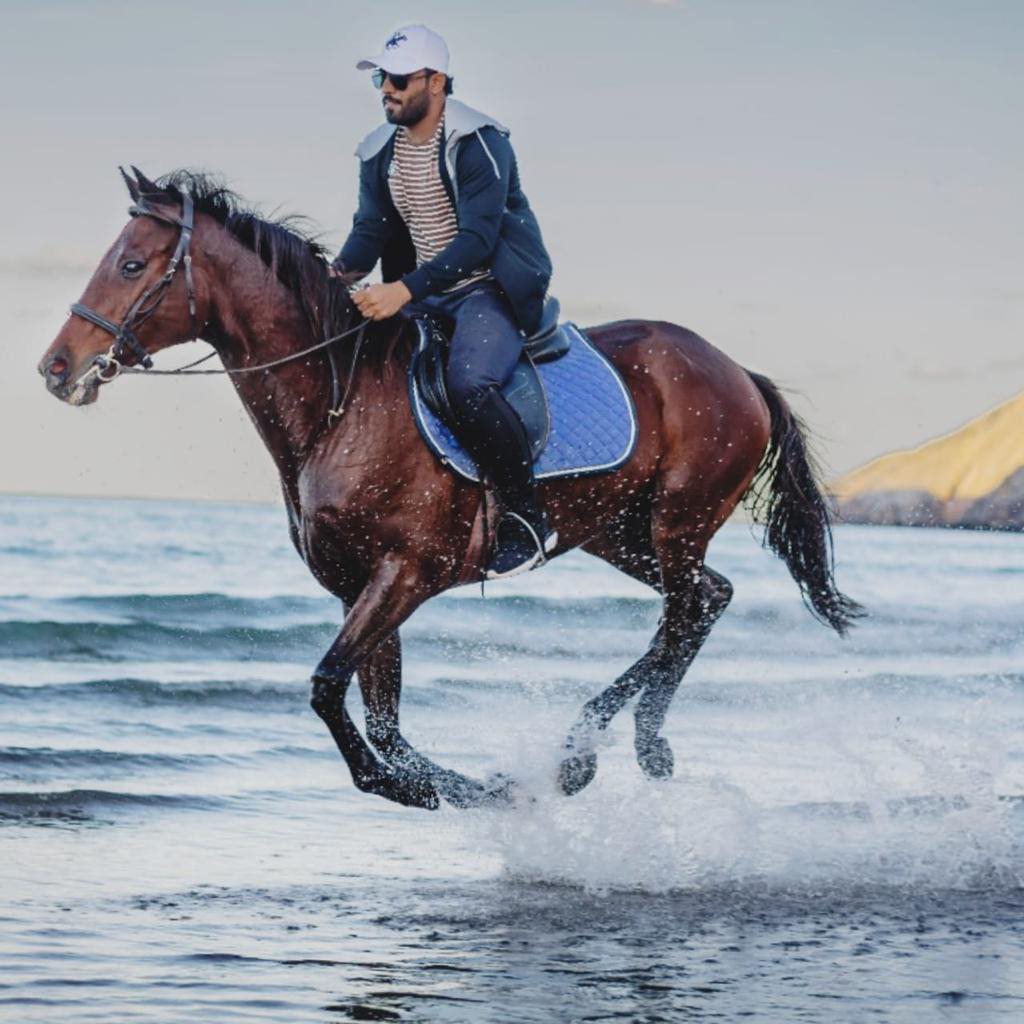 The idea of Al Sabqi Riding School project came not long ago, about a year and a half, when he was walking around with horses on the beach. He was getting inquiries from the area's people and from tourists who were interested in learning this sport. Hence came the idea of the project that he founded with his younger brothers, where they provide introductory lessons in dealing with horses.

As for Omanspire question about whether they had other sites to practice this hobby other than Yeti, they mentioned that they used to offer tours in the paths of the valleys, but they found it somewhat unsuitable, affecting the horses' hooves, so they settled on the beach only. Al-Sabqi mentioned that being an expert in horse riding is not difficult, as a person may need about 10 lessons to learn all the basic points of horse behavior, how to deal with it and understand it, when the appropriate times are to go out on a horse tour and when it is not desirable.